What should I avoid bringing in or bringing back from the UK?

Things to avoid bringing in or bringing back from the UK

You may have already planned your budget, made a list of the places you would like to visit, and sorted out your plane flights to the UK – well done! You’ve done most of the tedious planning that comes with organising any trip. So, what now? We recommend familiarising yourself with the items you can and can’t bring into or out of the UK. Some of the well-known items include explosives, fireworks, illegal drugs, and weapons and ammunition. 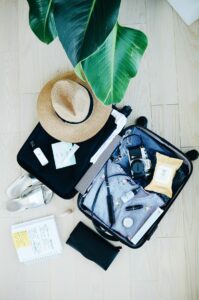 Many of the UK airports and ports will have at least three exits (sometimes referred to as ‘channels’): the blue, green, and red channels. Keep in mind that if you allow an aircraft, ferry, or coach to store your goods while you travel to the UK, you’ll need to ensure you collect these and go through the correct exit.

The blue exit is for those who are traveling from a country that is within the European Union. This exit has no banned or restricted goods. You should be using the green channel if you are traveling from a country that is not within the European Union (this includes Australia). When you’re heading through this exit, ensure that your goods do not exceed your allowances and aren’t banned or restricted. The red exit must be used if you do have cash or goods to declare, are carrying commercial goods, and are not sure about what you need to declare.

Items such as alcohol and tobacco are allowed into the UK, and there are no limits on the amount of alcohol and tobacco you can bring with you as long as these are gifts or for your own use. However, if you are carrying large amounts of alcohol and tobacco, then you are more likely to be asked questions by authorities. You also may have to pay for the transportation of these goods. To avoid paying the duty tax or other taxes, you must have no more than 1 litre of spirits or strong liqueurs; or 2 litres of fortified wine, sparkling wine, or any other wine; o

What you shouldn’t be bringing into the UK: in more detail

Certain goods are banned in the UK, regardless of what country you have traveled from. Usually, these bans are in place to protect society, public and animal health, and the surrounding environment. If at any point you’re unsure of the goods you have on you, be sure to speak to an officer at the red exit or through a red point phone.

Certain goods are banned but can be brought in some cases, given that you have obtained the correct permit or license. These include firearms, ammunition, and explosives such as blank firing or replica firearms (that can be converted to fire bullets). Realistic imitation firearms are only allowed if they are to be used for attending a function that requires them (such as a historical re-enactment) or for other authorised purposes. Samurai swords that have a curved blade exceeding 50cm in length are also only allowed for functions such as participating in religious ceremonies and martial art events.

Please keep in mind that only live animals (pets such as dogs, cats, or ferrets) that comply with the Pet Travel Scheme can be brought into the UK. If the live animal you have brought isn’t compliant with the Pet Travel Scheme, then your travel into the UK may be refused. If these animals are found on your arrival in the UK, then they may be licensed by the Animal and Plant Health Agency (APHA) or the Trading Standards (illegal landings).

What you shouldn’t be bringing to Australia from the UK: in more detail

As with restrictions on what you can bring into the UK, there are also restrictions on what you can bring back to Australia. Regardless of the food items you’re bringing, these will need to be declared on your incoming Passenger Card. Food items such as fresh fruit including apples, mandarins, and oranges, and homemade food such as meals or cakes cannot be brought into Australia. This is due to Australia’s strict biosecurity procedures and laws.

Other food items such as chocolate and confectionery, tea, biscuits, bread, cakes, pastries, Christmas cake, and Christmas pudding are allowed in if they are for personal consumption, fully cooked and shelf-ready, contain no meat, and any cake toppings or fillings are cooked with the cake. Other food items such as coffee, honey products, and some meat items must be declared.

Prescription medicines, laser pointers, seeds including plants and flower seeds, and duty-free items such as alcohol, tobacco, and general goods must be declared. This rule applies to all food, plant material, and animal items, as well as currency amounts that are AUD 10,000 or higher (including the foreign equivalent).

As a routine part of Australian Border Force work, officers can question you at any time. They can also use trained dogs to detect prohibited imports or illegal drugs. If you have any doubt about your goods, be sure to declare them or ask any Australian Border Force officer for further advice. If you declare your goods, your baggage will not necessarily be examined, but it is a possibility.

If you require any further information on the type of goods you can’t bring into the UK or out of the UK, be sure to hop on the Australian and UK Government sites for further information. We hope you have a pleasant experience overseas!