These days, there are so many Miranda currency exchange options out there for you! In fact, performing currency exchange in Australia is now easier than ever. It doesn’t matter whether you need British Pounds, Japanese Yen, or Indonesian Rupiah, your best bet is to go online and pick out your preferred currency. Once you’ve chosen the amount and currency you require, now you need to either select the home delivery or pick up option. If you do decide to go with the home delivery, just remember that this may entail extra delivery fees. After that, all you have to do is pay for it!

Going online and picking your currency there can help you save some extra cash along the way. The buying currency online option proves to be much easier, convenient and cheaper than using in-store options, as you can easily seek out any hidden fees or pick out the delivery option. Going online to buy currency also allows you to access a currency converter, which means you can compare the dollar you’re exchanging for against the worth of your dollar. A currency converter is also a tool that you can use to weed out outlets with bad rates.

Choosing to exchange currency online can also be cheaper due to the favourable difference between online rates and in-store rates. Some outlets and banks may not have enough currency in stock as well, so buying currency online means you’ll have access to a wider variety of currencies and the option to order ahead. Buying multiple currencies online will also prove to be less of a hassle as well, as you won’t have to be carrying large amounts of cash on hand.

If you would still rather use in-store options, then that’s still fine! Some great options are still out there for you. Banks can be one of them, contrary to popular belief. They’re a good option if you need unpopular currencies. However, before immediately heading there, you should still compare their exchange rates with those that other outlets have, as looking around always maximises your chances of finding the best exchange rate available. 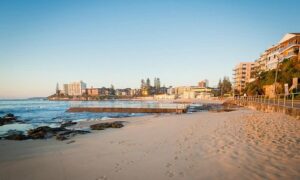 Do you want to get the best money exchange in Miranda? Just make an order. Sit back and relax as your travel currencies make their way to your doorstep. No more long lines, difficult parking or poor rates. Getting currency exchanged online and delivered to your address has never been simpler.

There are a few Kingsway Miranda currency exchangers you can go to for your currency exchange and international money transfer needs, such as Travel Money OZ, Crown Currency Exchange, and UAE Exchange. There are also many Western Union money transfer options located in Sydney CBD and Pacific Fair. Keep in mind that some stores – such as Forex World – do not have many store locations and are better for online purchases, whereas stores such as Travel Money OZ are convenient for both.

You may also consider using American Express Centres, which can be found in Australia Post Offices. They are worth considering if you’re in need of a fast option – however, this shouldn’t be your first choice as they usually have higher rates. It’s the same deal with airports, too. So, it’s really best to think of American Express Centres and airports as an emergency option.

As we mentioned earlier, banks can also prove to be a worthy option for uncommon currencies. They also offer travel cards – and these are especially handy if you’re visiting more than one location. You can essentially think of travel cards as debit cards, except the difference between the two is that travel cards can hold multiple currencies at the same time. A bonus is that the exchange rate on the day you load the card applies each time you reload the card as well, no matter how much time has passed (as long as the card is active). It doesn’t matter if the current rate has decreased or increased, so this can be a great chance to lock in a low rate.

The mid-market rate is something that you should always keep in mind whenever you’re looking to buy currency, make an international money transfer, or consider currency forecasts. The mid-market (or referred to as the interbank rate) is pretty much the ‘true’ or ‘real’ exchange rate that banks and outlets use to trade currencies on a global scale. Finding out the mid-market rate is simple! All you need to do is hop on Google and search it up.

The mid-market rate is always changing as it is impacted by quite a few external economic factors that include trade agreements, speculation, government debts, political uncertainty, economic performance, interest rates, and inflation. Due to how unstable it is, we recommend always checking it out before exchanging any currency.

Once you’ve checked on the mid-market rate, you can compare it with rates that banks and outlets offer. When you’ve compared them, the difference between the rate on offer and the mid-market rate should be easy to spot. By identifying this difference, you’ll be able to see which outlets are offering more expensive rates. As always, you should also be checking if your chosen outlet has sneakily added any additional fees. If they have, it should show up in the ‘review order’ – or be listed in the ‘total cost’ area.

If you’re looking into currency forecasting, mid-market rates always play a large role here. Currency forecasting refers to methods that people use to predict how various exchange rates will change. This can be done by looking at past currency rates and investigating the economic factors currently in play. As you can imagine, investors and economists are always looking into this area. Some people try to make some extra cash in this area, but we don’t recommend you go down this path as the exchange rates can be quite unpredictable, despite all efforts to predict future patterns.

What's Happening At Melbourne Airport? Melbourne International airport could look a whole lot different this time next year after big

Foreignxchange.com.au has some exciting news to announce and is in the process of making sure our online currency purchasing service

How Does The Delivery Service Work? Our currency home delivery service is innovating the currency exchange market. In a nutshell