Top 10 Strongest Currencies in The World 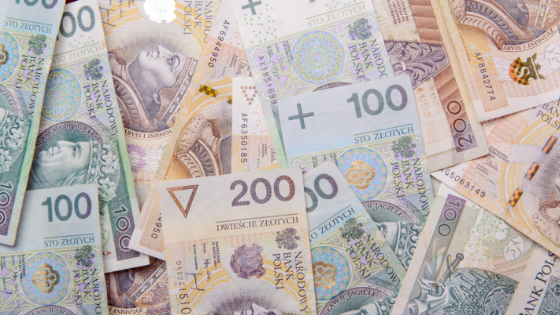 Here at foreignxchange.com.au, we regularly keep up to date with the latest trends and currency fluctuations. No matter where you are travelling overseas on holiday or for business, we want to make sure that you get the best currency exchange rate possible. Our goal is not only to provide you with market-leading exchange rates but also convenience. We understand how much hassle it can be to go out of your daily routine to sort out your foreign cash.

With us it’s easy. Simply use our online calculator and online delivery service. You can have your travel money sorted in less than five minutes!

So without further ado, here is a brief countdown of the world’s strongest currencies.

100 CAD would currently set you back 112.13 AUD. It is no surprise that the Candian Dollar features within the top 10. Being the fifth largest reserve world currency, Canada is a popular destination for snowboarders and skiers chasing the white powder and cold temperatures.

Number 9 – The US Dollar

Surprising to many, the US Dollar is in-fact the worlds 9th strongest currency. Despite its economical world leadership and the ability to use it almost on a global scale, the USD is in fact not as strong as some might think. Not to say it’s not popular amongst us Aussies, heading out to the big apple, LA, California… the list goes on!

Not only one of the richest countries in the world, but Switzerland is also considered one of the most financially stable economies across the globe. With it’s long-standing, strong banking system – the CHF comes in at number 8 for the world’s strongest currency. Quite surprising given its size geographically.

One of the worlds newer currencies, the euro has gone from strength to strength over the past decade. Initially, many Europeans and other global nations were somewhat sceptical when it was released. The strength is partially down to its users on a global scale and also the countries that use it are some of the most economically developed countries on the planet.

It’s not a secret that the Cayman Islands are one of the worlds best tax havens. The islands allow and provide hundreds of banks, hedge funds and insurance companies to set themselves up and reap the rewards.

It’s a common misconception that the British Pound is the world’s strongest currency, but it only just makes it into the top 5 of this list. There are many reasons why the GBP is so strong, early colonisation, London’s economic hub and English being one of the most popular languages globally.

Closely linked to other middle eastern states, Jordanian Dinar comes in at number four. Despite it lacking any real economic development and essential resources such as oil and Gas, JOD still outranks many westernised, better-established currencies.

Unlike the Jordanian Dinar, Oman is a country that is strategically placed on the Arabian Peninsula as has a well-developed economy. Unbeknownst to some, the OMR is pegged to the US Dollar. Although not a popular tourist destination amongst Australians, the Oman Rial is the third strongest currency on the planet.

The Bahraini Dinar is another currency that is pegged to the US Dollar. With a population of just over one million, the country’s main export is black gold which is one of the countries largest sources of income. Unsurprisingly, the BHD has remained fairly stable since the turn of the millennium.

Surprisingly the world’s strongest currency, in terms of value is the Kuwaiti Dinar. Despite being a geographically small Middle Eastern country. Kuwait’s high KWD value is down to its significant oil exports into the global market.

Due to the ever-changing global financial markets, each currency could jump places, in and out of the top ten. But, the important takeaway is that you get your currency exchanged the easy way with us. Order online today and you could have your currency delivered in as little as five business days. We can exchange currency in Melbourne, Sydney, Adelaide, Brisbane, Perth, Canberra or any regional location right across Australia. All at the touch of a few buttons. We are Foreignxchange.com.au – great rates at your convenience.